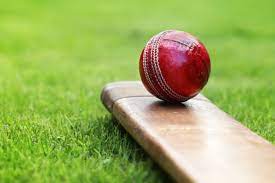 News & Views from the Head’s Office

As I write there is a welcome feel of Spring in the air, even a suggestion of Summer. What better thing to do than to roll out our new artificial  pitches and do a bit of cricket in PE with Year Six of an afternoon! Best make the most of it though, as next week looks likely to be cold again…

Thanks to all who have mentioned my TV appearance last weekend. I didn’t know that was happening and I missed it as I was at the match when it was broadcast. As someone who was there on that terrible day, the Hillsborough thing is important to me and I’ll keep working on that. There is even talk of it becoming part of the national curriculum, to be taught about in schools across the country. We might get involved in a trial of that, probably only at Year Six,  if it looks appropriate.

News from Ukraine for those hoping for an update on Emily. I heard from her this week. She and her family are safe and alive, but her message was very emotional and quite upsetting to read. Most notably, her children’s school was hit by rocket fire this week and is reduced to a heap of rubble. of course, no one was in it at the time, which is a mercy. They are short of food and are pretty much limited to living in a basement with only intermittent electricity. I’ll keep you posted as lots of people ask for updates.

Our girls continued their fine form with a hard-fought 2-1 win away at Stanhope on Friday (18th). This keeps up our 100% League record and almost certainly guarantees us a place in the Champions’ Cup as winners of our group. Fantastic. Stanhope put up a very determined performance which frustrated us and prevented us from playing our passing game, but we ground out a result as all the best teams do when the going gets tough!

The girls still have three League matches to play:

Away at Westdale (on a MUGA pitch) on Thursday 31st March

Away to All Hallows on Thursday 21st April

The boys have completed their League fixtures and look highly likely to finish 2nd in their group and also qualify for the Champions Cup stage as a best runner-up. Fingers crossed.

Both teams have a tournament in school time, here at Parkdale on Friday 29th April, start estimated 1:15pm. This is the Transform Trust ‘South’ Championship and the winners will go forward to a finals day later in the Summer term

All of our classes enjoyed some fun activities for Comic Relief Day last Friday, which was also a non-uniform day to mark the Hindu festival of Holi. You can see more details on each year group’s own home pages. We’ll let you know how much we have raised for Comic Relief once we have all the sponsorship money in and got it counted. 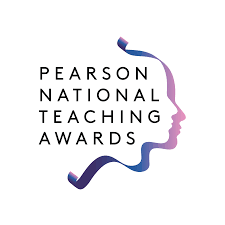 Congratulations to our very own Mrs Hinton, who has been short-listed for a National Teacher of the Year Award for her work on all matters digital. Just getting through the nomination stage is a massive achievement and reflects so well on all that she and our staff have done over recent years to be at  the cutitng edge of digital education. We’ll let you know how this pans out.

Last Day of the School Year

Parent-teacher consultations (by phone) are scheduled for next week. Please feel free to contact your child’s class teacher if you have not arranged this yet.

We break up on Friday the 1st of April

We know lots of parents/carers book dinners by calendar months. Just a reminder that you might want to book one for the 1st of April!

There has been a lot going on around school of late (as ever!) and you can find regular updates on each year group’s page. Remember to keep checking every so often! The idea of this website is to keep you as informed as possible with what is happening across school and in your child’s year. New stories go up almost continually and notifications highlight these on our Parkdale Primary School Facebook page: https://www.facebook.com/parkdalecarlton

We are also very active on Twitter, with a general school account, plus accounts for many of our year groups and subjects.