Today, Weds 8th June, we took a cricket team to the borough tournament, to find the Gedling representative for the County finals day. This was organised by Notts CCC and was held, as is traditional, at Gedling Colliery CC, on Mapperley Top.

The weather just about held up for a five team tournament and we started with a narrow win over Abbey Gates. We weren’t at our best for this, with some uncharacteristic wayward bowling, but just squeezed out the win on the last ball.

Next up, we played hot favourites St Wilfred’s. This turned out to be a really tight match, with us giving the onlookers a bit of a surprise with how close we ran such strong opposition. In fact, had Oli not been miraculously caught on the boundary off a tremendous pull shot, we would have won this one. Fine margins, but a defeat in a very high quality, close match.

Our next two matches, after a bit of a downpour had stopped play,  brought comparatively comfortable wins against Arno Vale nand Netherfield, leaving ourselves and St Wilf’s on three wins from four. The organisers had to find a team to send through, so went with Wilf’s on the basic of their hgher run-rate. Fair enough, we had to agree, espcially as they had edged our head-to-head.

The boys did brilliantly though. The quality of cricket was the best I’ve ever seen from a Parkdale team and the teamwork and sportsmanship in victory andf defeat was great to behold. All of the lads can feel very proud of themselves. 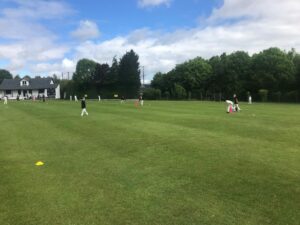 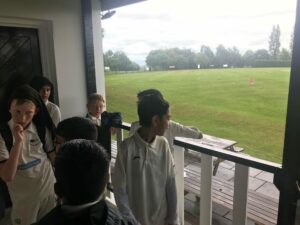 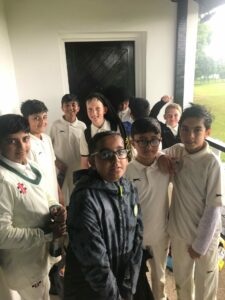 Waiting for the rain to stop 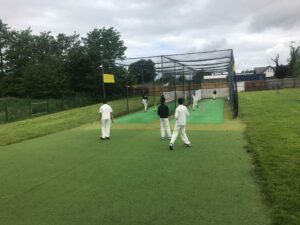